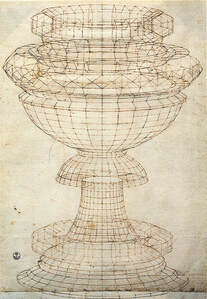 ​Perspective is the bridle and rudder of painting.
—Leonardo da Vinci

Oh che dolce cosa è questa prospettiva! (Oh, what a sweet thing is this perspective!)
—Paolo Uccello, in his “Life” by Giorgio Vasari 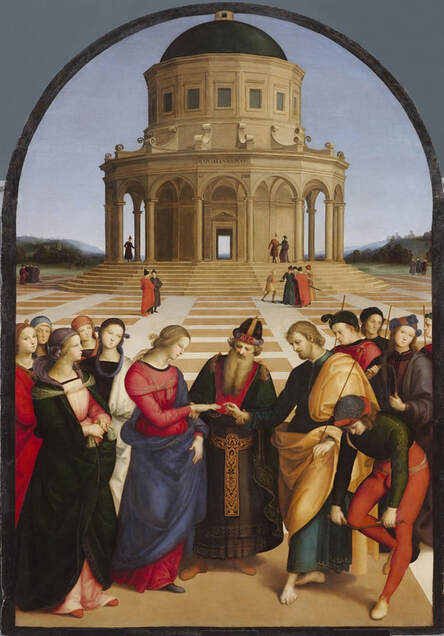 In 1504 Raphael painted The Wedding of the Virgin, or Lo Sposalizio, for Città di Castello, the Umbrian town that had commissioned three previous paintings from him, and had initially wanted the work to be done by the artist’s mentor (not necessarily master) Pietro Perugino. A tour-de-force of architectural perspective, with its gridded paving diminishing to a remarkably prescient circular temple (roughly contemporary with his distant relative and compatriot Bramante’s Tempietto on the Janiculum Hill in Rome), the Sposalizio is a demonstration of mastery of what was, arguably, the most significant achievement of fifteenth-century artistic culture: linear perspective.

Having taught perspective for decades, first at the New York Academy of Art in the 1990’s, I know how challenging it can be. Perspective is not natural to us; while a correct perspective looks correct, we all instead natively draw like medieval artists—that is, without a consistent horizon line and vanishing point(s), without a fixed point of view regarding the subject, without a clear sense of how forms relate across a space. Linear perspective was essentially invented by Filippo Brunelleschi and demonstrated at the Florence Baptistry. It is, therefore, artificial, in the sense that it was invented, was self-conscious, but could therefore be taught and learned: we work in perspective with deliberate knowledge and intent.

Maybe Raphael’s most famous demonstration of perspective came a few years after the Sposalizio, in the Stanza della Segnatura in the Vatican palace. In the so-called School of Athens he organized figures in a vast vaulted hall, perhaps inspired by Bramante’s contemporary designs for rebuilding St. Peter’s. Here the demonstration of perspective is not an object, but a space, within which figures move and, indeed, live. 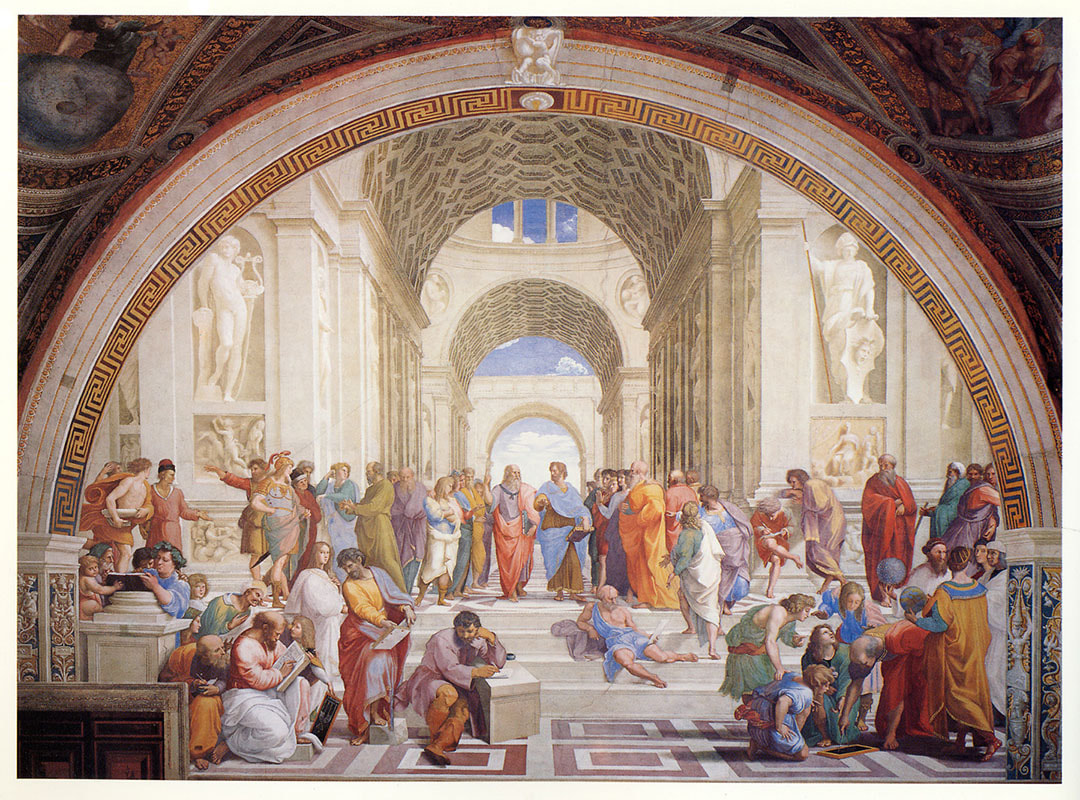 Any artist or architect who wants to recover the classical tradition in drawing has to learn perspective. The good news is, it can be learned, with some practice. And the best way is on site, in the field, in front of an object or space organized clearly and geometrically. Where better to learn than Tuscany? In fact, Raphael was in Tuscany in the years before he went to Rome in late 1508. He knew the work of Leonardo and Michelangelo, not to mention Paolo Uccello, Domenico Ghirlandaio, Filippino Lippi, and many others. In Tuscany he learned to challenge himself while he challenged others. In adjacent chapels in Florence's S. Maria Novella he would have seen recent fresco cycles by the latter two artists that are remarkable for their ambitious perspective spaces.

For three full days we will help you to draw in perspective.
​read more...

Principles of One and Two-Point Perspective